So, you have prepared the reports on your enterprise and presented three main forms to your boss. These forms include Balance sheet, Profit and loss account, Cash flow statement.

If your company produces consumer goods and sells them in large quantities, your boss will be satisfied with the total figures in sales volume, warehouse balance, accounts receivable. In other words he will get the necessary information from your reports (in case he is able to understand financial statements).

If your company is involved in a small-scale or single-piece production, the main three statements will not present the information sufficient for the boss.

Let’s consider the example of a report for a single- piece production in construction field. Surely, this type of enterprise is not involved in trading, but in any case we will have a set of unique production facilities (construction), each of them will be interesting for the head of the company.

Thus, if we present only three main reports to the head of the construction company, he will be able to see just:

This kind of information is not appropriate for him, since it is not informative for the construction business.

Why is it non-informative?

As a rule, the company has several construction objects at different stages. So, each object has its own set of characteristics necessary for the boss:

So, the main reports do not cover this type of information. Surely, all these figures are mentioned there (except for sum of the contract), but in an abstract state, and it is impossible to consider a particular object. It is necessary to construct additional statement to obtain the information your boss needs.

What do we need?

To realize what kind of reports we need we must be able to understand what our boss wants to have. His “wish list” can include not just total income figures but the income received from each particular object as well as total income for the reporting period.

Besides, he wants to receive the following type of information (about each particular object):

To present this information in an understandable way you need to construct such additional reports as:

I would like to mention that these reports can not be used instead of the main ones, they provide the information additional to Balance sheet, Profit and loss account, Cash flow statement.

Let’s have a closer look at these reports:

It contains detailed information about the income from Profit and loss account in the context of objects, so it shows how company income is comprised. I will underline once again that this type of report is to be used in a single-piece production, otherwise, it is useless.

When you construct this type of report you should remember that the line “Total” is to be equal to the corresponding line in Profit and loss account.

The figures in column “Volume of the work completed” are to be equal to the line 1 “Sales volume”.

The figures in column “Financial result” are to be equal to the line 3 “Gross profit”.

In fact, lines 1 and 2 in Profit and loss account of the construction company will be titled in another way, but here I use the information from the previously mentioned reports, so do not forget about that while constructing your own reports. Everyone knows that mindless copying is a sure way to fail.

What type of the information can be obtained from this report?

This report will provide the information about the income received from particular objects for the reporting month, and which objects were unprofitable (this option is possible as well).

In addition, you will get the information about the expenditures (type and amount) written off in accordance with the signed certificates.

Thus, this report includes all the financial and economic events that occurred in the work on this object, starting from the date of contract signing. (Though the sum of the contract is not an accounting figure, it is mentioned in this report).

Costs incurred on an object are recorded in the month of occurrence (except for the material costs).

In addition to costs, the report includes monthly prepayments from the customer as well as work completion certificates.

Thus, this report shows the overall picture of the object at a certain date.

What type of the information can be obtained from this report?

This report will provide the information about the financial and economic state of the object. Each construction company should strive for working at the expense of the customer. By comparing the total cost of the object with the amount of the prepayment the boss will see whether there is customer’s money left or the company works on the object at its own expense.

Moreover, some questions can arise if the total costs exceed the sum of the contract. It can happen in two cases:

In conclusion, I would like to add that the above stated additional reports are optional and their form can differ depending on the requirements of the boss. The most important rule in the report construction is a convenience for the end user (i.e. the boss and / or the owner of the enterprise).

How to recognize the proper management accounting

So, if your management accounting is right: You can get Balance sheet and Profit and loss account at the... read more

How to Implement Management Accounting

Firstly, let’s clarify: What does Management Accounting mean? This is the type of accounting, the data  of which  serves as a... read more 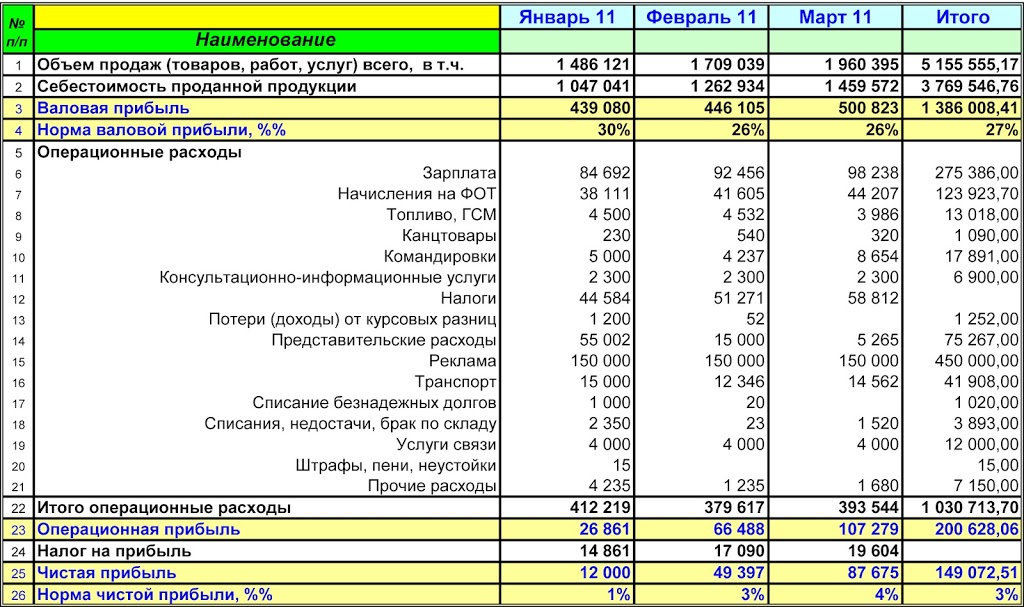 This statements is the most interesting for the company management, as it shows the performance of the enterprise for the accounting... read more

Someday any large enterprise with the managerial accounting will need to draw up an expenditure budget for the subdivisions.   There are few ways... read more

How to keep records in construction for objects using Excel

In this article, we consider a way of maintaining costs for facilities in a small enterprise in construction or... read more 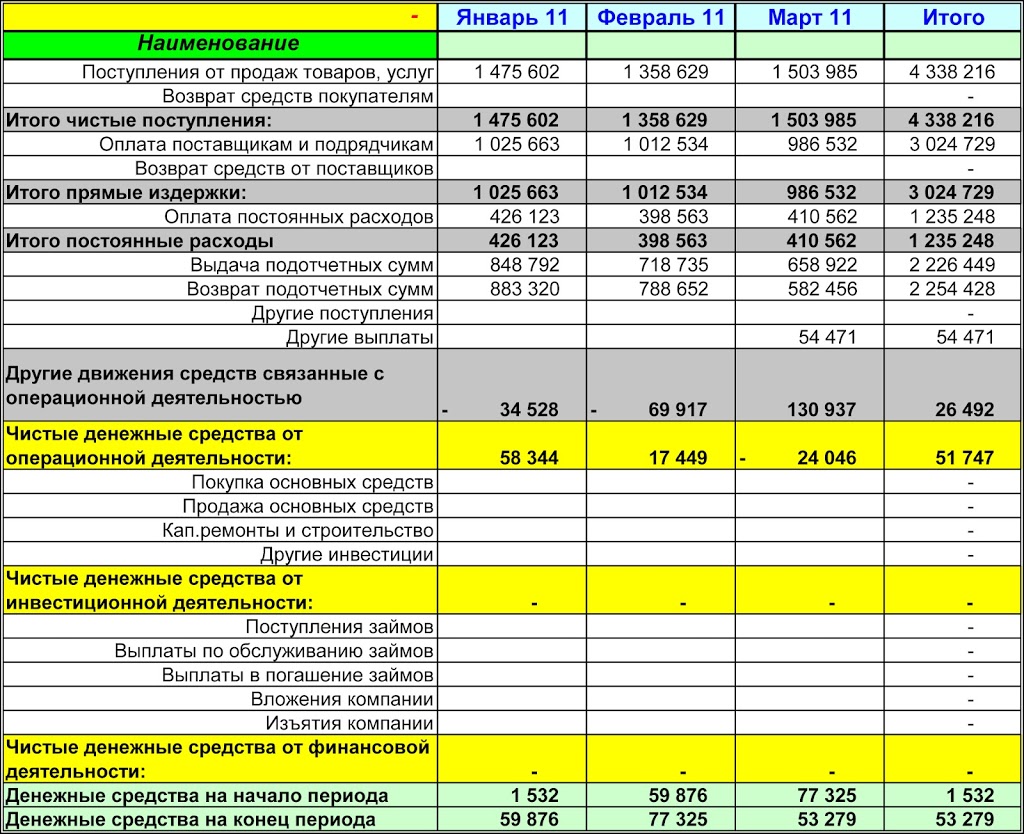 How to prepare a cash flow statement.

This statement shows the flow of funds through the bank accounts and cash office of the enterprise. There are two... read more

It is the most contradictory document in management accounting system. It is said to be an integral part of... read more

Operation plan for payments for a period, day, week, decade.

How to construct the managerial balance sheet

These terms had been confusing me for a long period of time, but then I realized that the budgeting... read more